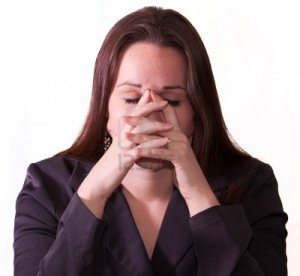 I’m in a place with hemmed in walls….

“You need to go this way”, wisdom seem to call

So.. I turn to go in that direction

But alas, I’m blocked from the freeing connection

Oh I get it now, the other way must be right

But it also stops just beyond my sight

God has a purpose I just need to believe

And the guidance will come that I’m to receive

I’m so exhausted from trying to know

If I should try to do something, or just be and let go

Under the edge my emotions hover

Days seem endless, when will it be over?

Yet I know my God is unendingly good

So I try to persevere like I know I should

However, I have to admit…., today I am very frustrated!!

Even though you see nothing,

I have not forgotten you

A smile burst on my face as I looked at my shoes
For one was brown and one was blue!

So back to the closet laughing out loud,
I went to change before facing the crowd.

The lesson I learned on this eventful day?
A second look never hurts before heading out on your way!

The opportunity of a lifetime before our eyes,

Was afforded our children to our surprise.

The Inaugural Ceremonies?  Are you kidding me?

Even now we look back and it’s hard to believe.

Rob invited to be a citizen co-chair,

With Tara beside him what an outstanding pair!

I want to hear more of this Inaugural Drama!

A handshake and kiss our Tara received,

From the President himself, “Pinch me, I breathed.”

They were excellent painters, should you feel the need to ask.

Then Sunday was theirs to do as they wished.

What all could they see and what would be missed?

So sight-seeing they went, to Arlington to view

The changing of the guard as it happened on que.

So much to take in, they saw what they could

And as they day ended, they thought it was good.

to get ready to leave with the rest of the gang.

Buses to catch and security to clear

A small price to pay to actually be here.

There were seats to find as the ceremony approached

And crowds gathered round the President to toast.

Throughout all of DC the anthems rang.

The oath of the office was taken by two

Then Barak gave his speech on what he should do

With the next four years he received from the masses.

We all thought a BUDGET would be good, if it passes!

The ceremony ended but more was ahead.

A “parade this afternoon”, the agenda said.

Rob on a float of citizen co-chairs

Was the last but not least, with a chill in the air.

Tara was seated in view of the President

To watch the parade, as by her it went.

To see Rob’s float, was first and foremost!

Finally, FINALLY he came into view!

With a smile and a wave with the co-chair crew.

Now back to the hotel, to get ready for the ball

Tuxes and gowns were the dress code of all.

Though traffic delayed them for 2 hours that night

They were determined to be there no matter their plight.

Finally they made it.. persistence pays!

And an escort to enter would help anyone, that way.

They danced and enjoyed the festivities of the ball

To the very end, they took in it all.

So tired they were but enjoyed each occasion.

A tour of the White House on Tuesday, was amazing.

Then off to the airport to fly out that day

unfortunately one flight caused a delay.

So overnight in Denver they stayed

Arriving home a day later, to their dismay.

Now rested and reflecting they have memories galore.

But how can they top this, what will be their encore?

Keep your ear to the ground, be alert and aware

For you never can tell what’s next for that pair!

Of our family together

Times of joy and of fear

Forever etched in our minds

How quickly it all flies

“Slow down!” my heart cries

But inevitably it rolls on

Lived and then gone

So I’ll capture the moments

and store them away

and pull them out on any given day

I’ll weep with the memories of times gone and then

I’ll get up today with this knowledge in mind

And make more treasures to leave behind.

The refuse had mounted, it seemed to the sky

When would the garbage truck be stopping by?

The Christmas trash had loomed in the dumpster for days

Awaiting a garbage man to haul it away.

So for granted we take mundane little things

Like the joy in seeing our garbage leave, brings

This morning was the day so up early I got

To ready the trash so I wouldn’t get caught

Another two weeks with this stuff to get stuck

And sure enough later, along came the truck

So thankful was I that this task was complete

I sat down to compare it to a most wonderous feat

Not to insult you Dear Lord, I did say

But I’m thankful for the garbage that You haul away.

For daily I come to get rid of the trash

Two weeks wouldn’t do it, there would be quite a stash.

So Father, thanks for clearing the clutter away

And granting Your mercies new every day

Don’t let me take for granted the cleansing You give

To renew and restore so I really can live.

Pump little legs! Take me high in the air!

Away from the danger lurking down there!

My fathers approaching and he doesn’t look glad

He’s doling out discipline because I was bad

My brother lies watching from the upstairs bedroom

He’s received his punishment and knows I will, soon.

He’s laughing because my 4-year-old mind

Thought escape on the swings would save my behind.

But my father’s much bigger and quicker you see

In a moment, a flash, I was snatched from mid-air

And suddenly watching the ground from right there,

Bent over his knee I received my reward

For playing with matches and justice was scored.

I glanced at the lady bug within my sight

And wished upon wish I could escape my plight

Our sister had divulged our dangerous scheme

With those in authority. We thought she was mean!

Well lessons were learned on that fateful day

And swinging high in the air would not get me away.

Later my parents would recite these events

To all who would listen of my silly intent.

To consider the results of the thoughts in my mind

To make better choices and know in the end

What seems exciting is not always my friend

For what if the matches that we struck while at play

Leaped into flames and destroyed on that day

Our home and the lives of all who were there

So as bad as the punishment seemed at the time

I have come to accept, it did fit the crime.